We've in Grenoble tonight, but not after saying goodbye to the alps in style.

This morning we rode up to La Bonette, the highest paved road (that continues on) in Europe.  In 25 minutes the scenery changed from normal to a kind of eerie moonscape as we left the vegetation far behind.  We filmed the whole amazing transition and Ive taken a series of screenshots for you to see.  The entire vid will have to wait as there's no way it'll upload.

Then we took Kevin for a walk up the little trail to the very top at 2862 meters.  It seemed like we were on top of the world. I tried my hand at a 360 deg panorama photo.  It's not the best but you'll get the idea. See below.

We descended again, had lunch at the bottom and spent a few hours riding a series of the most pretty valleys to get to what we decided would be the last climb of our European adventure. The little hill made famous by the Tour de France... LÁlp d'Huez.

Because I'd used up all the batteries on the Go Pro earlier in the day, Janelle proved again just how awesome she can be, and filmed the entire climb on the camcorder. Again it's much too big to post, so maybe we'll just have to have a big movie night when we return.

Anyway, that's it for the mountains, tomorrow we make a big push towards Paris and expect to get there in 2 days.

Here's some pics of today's fun. No wonder everyone raves about the south of France!! 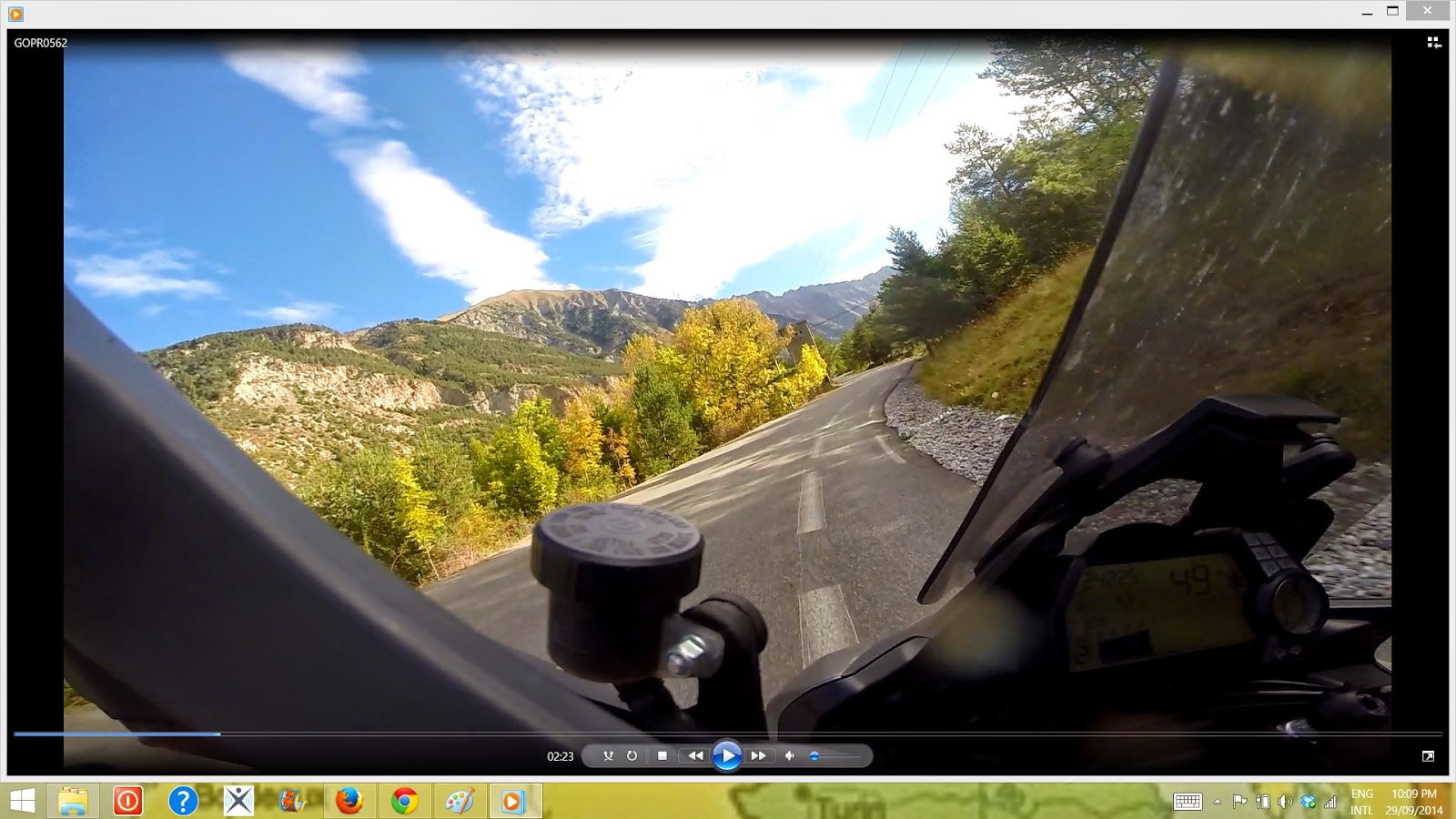 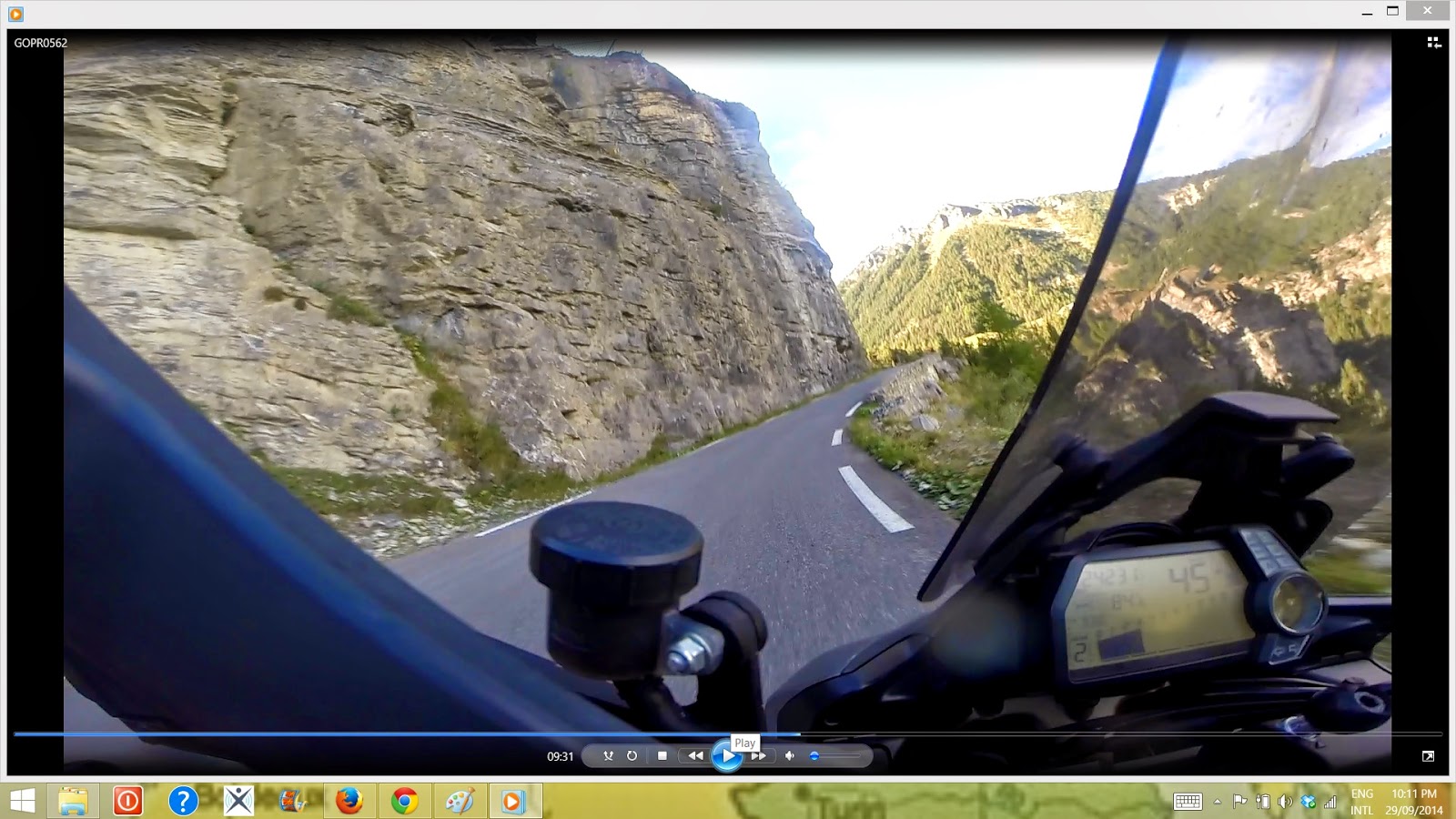 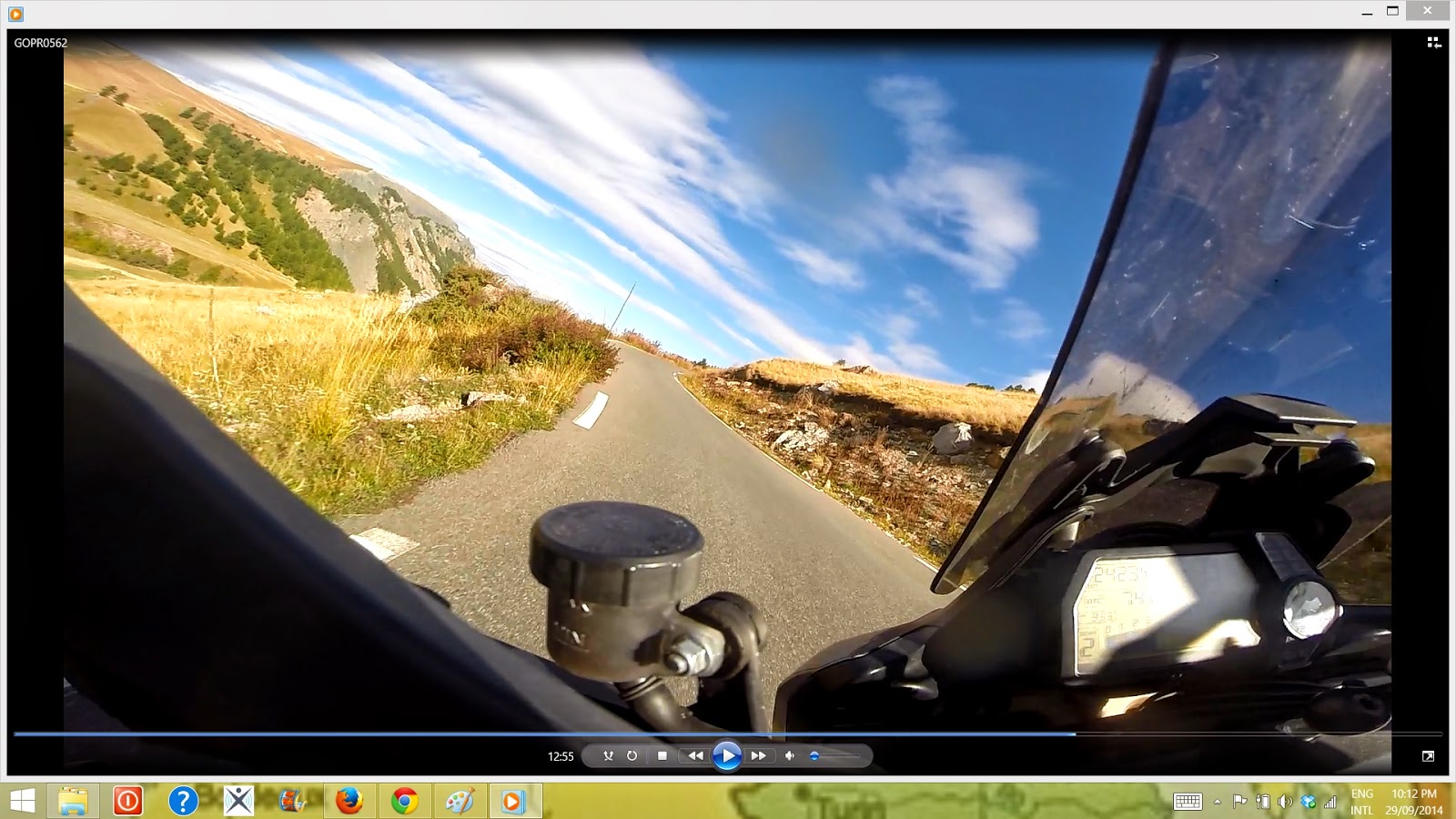 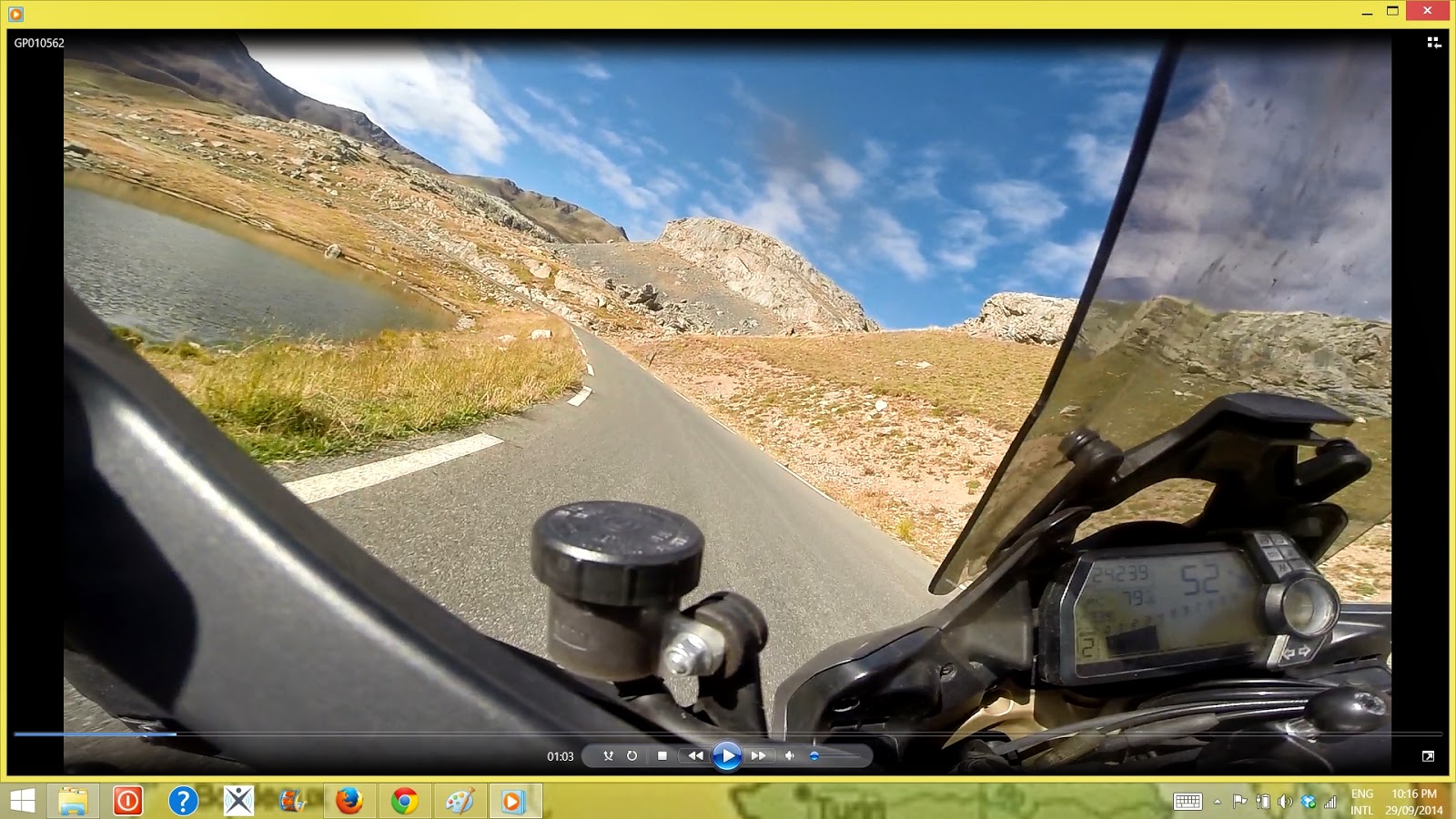 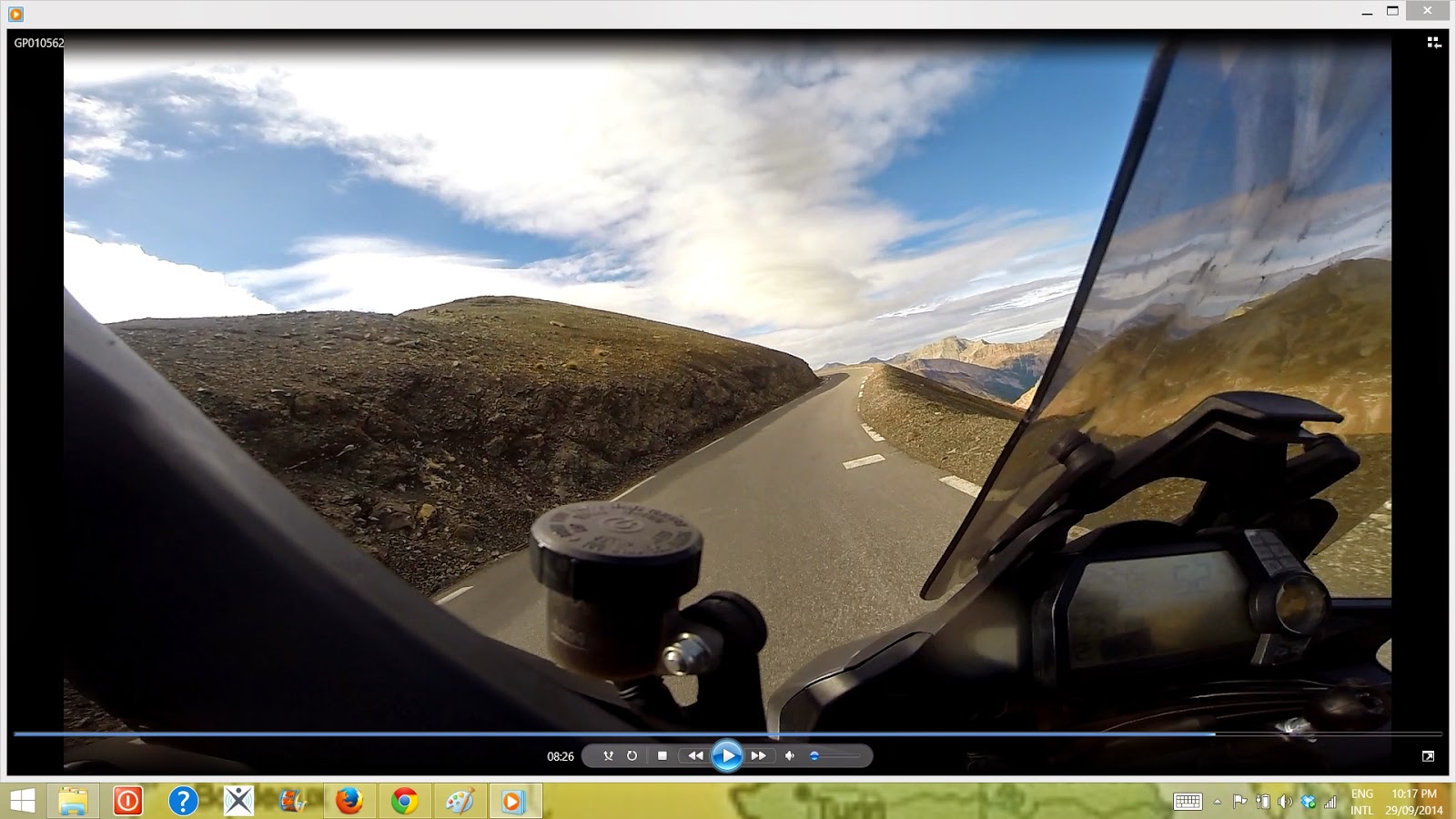 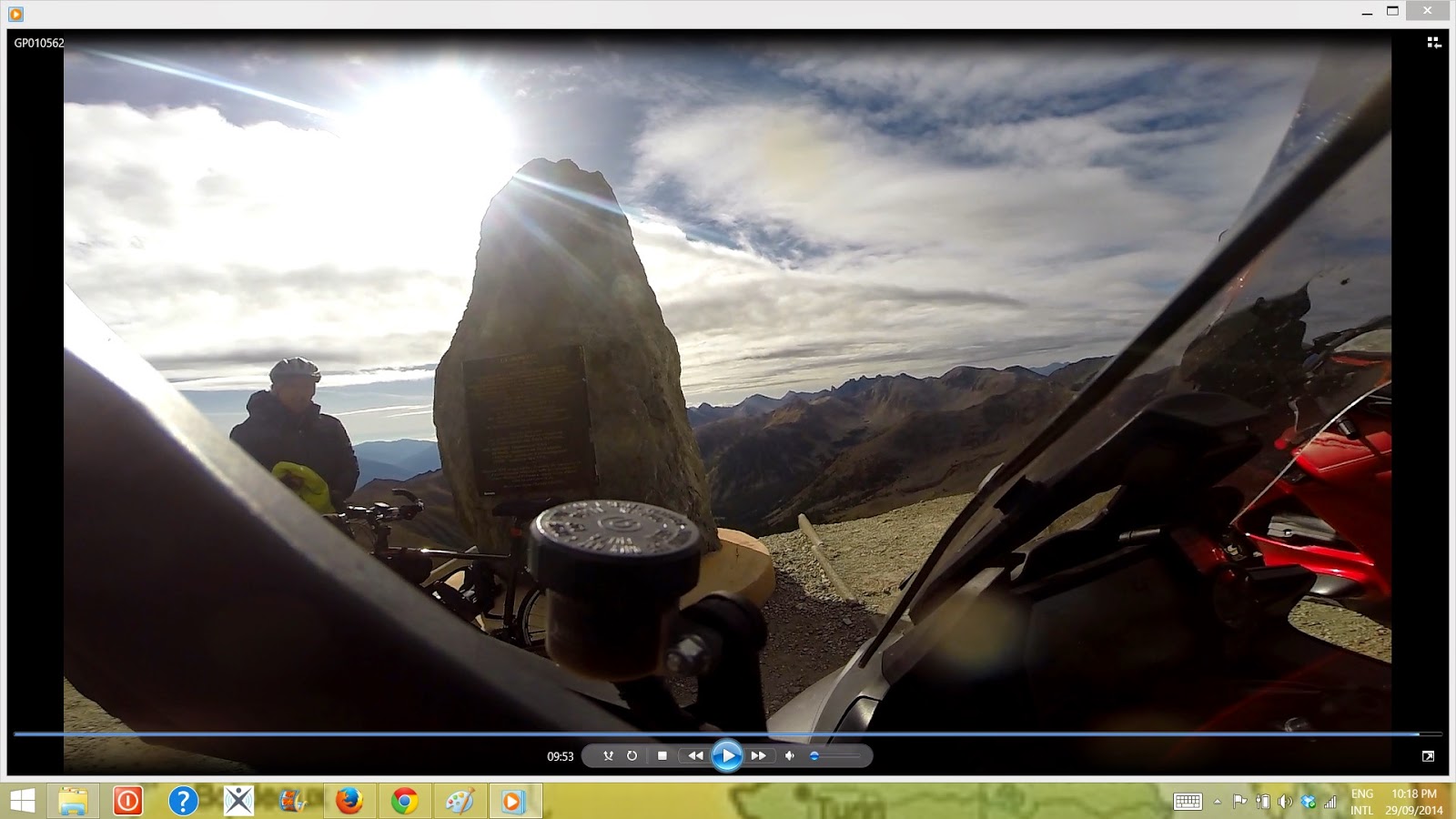 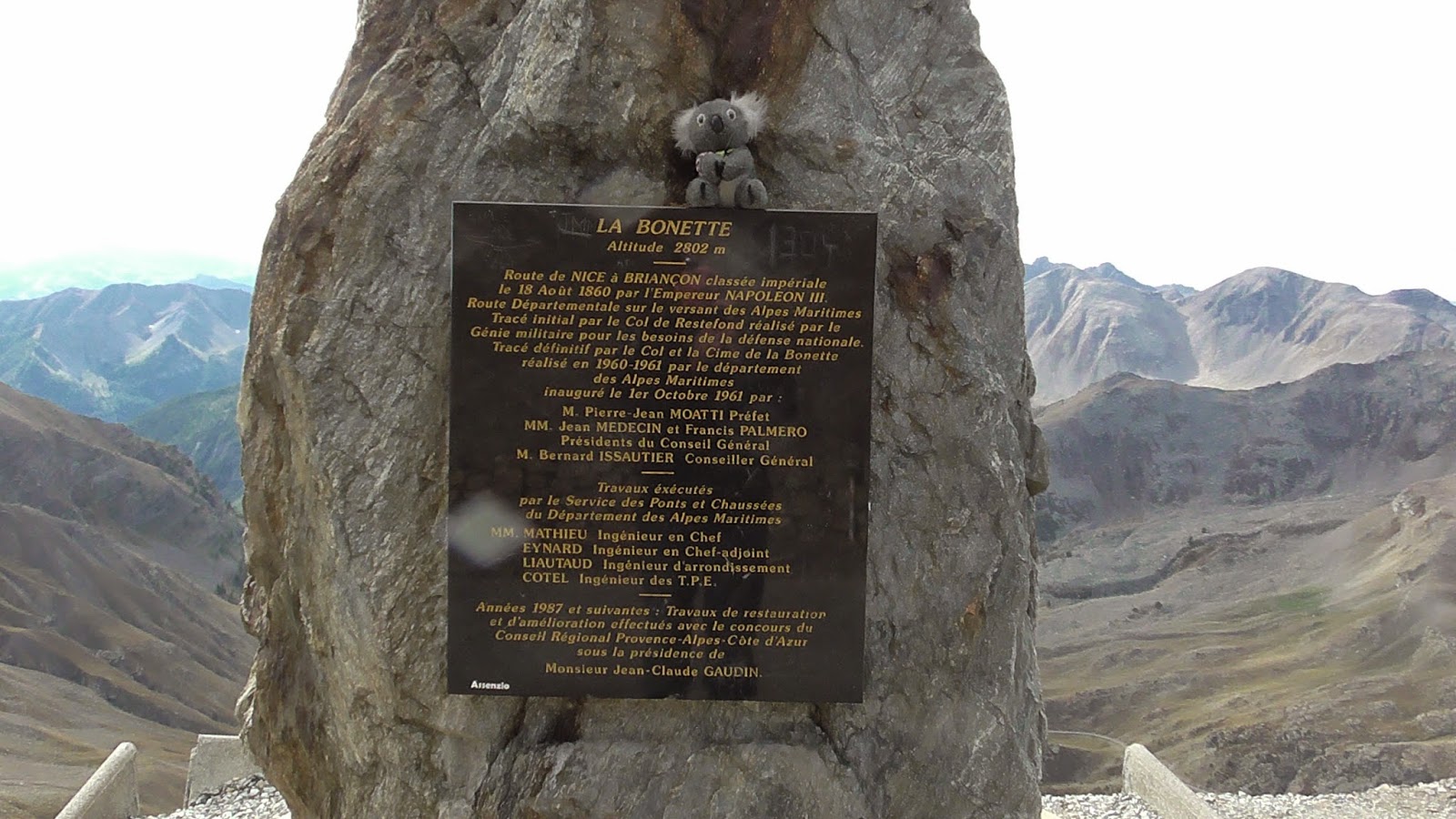 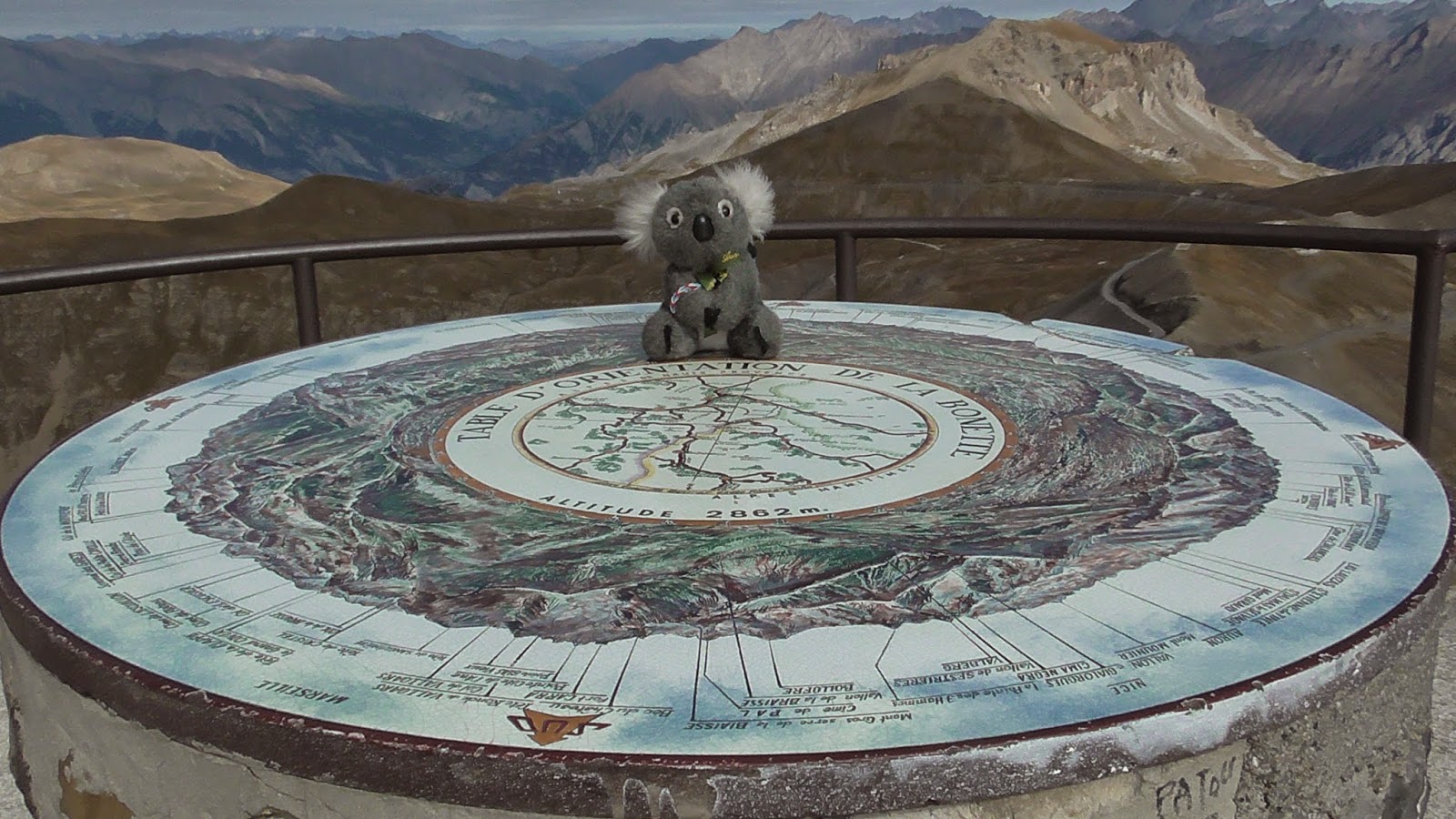 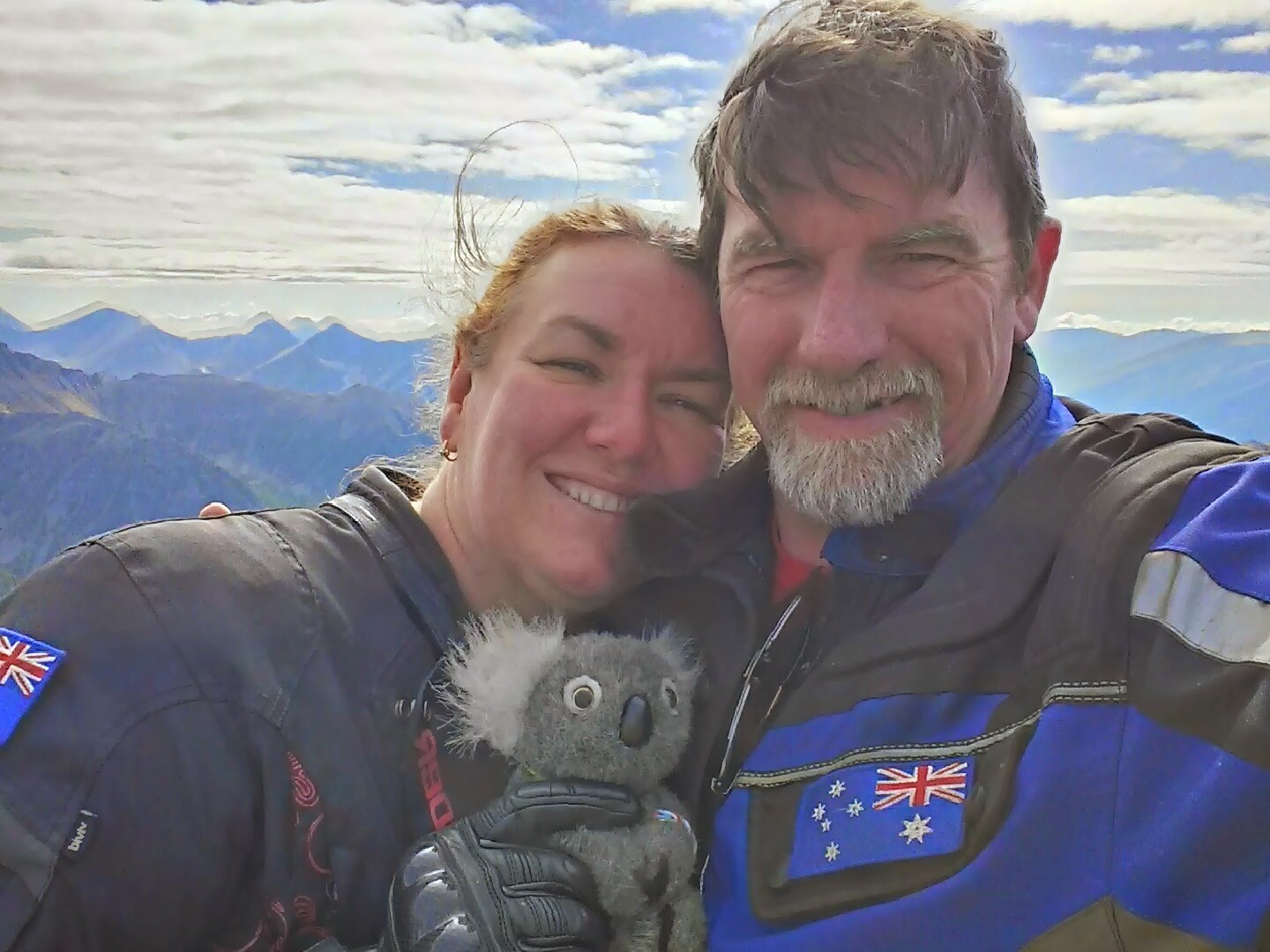 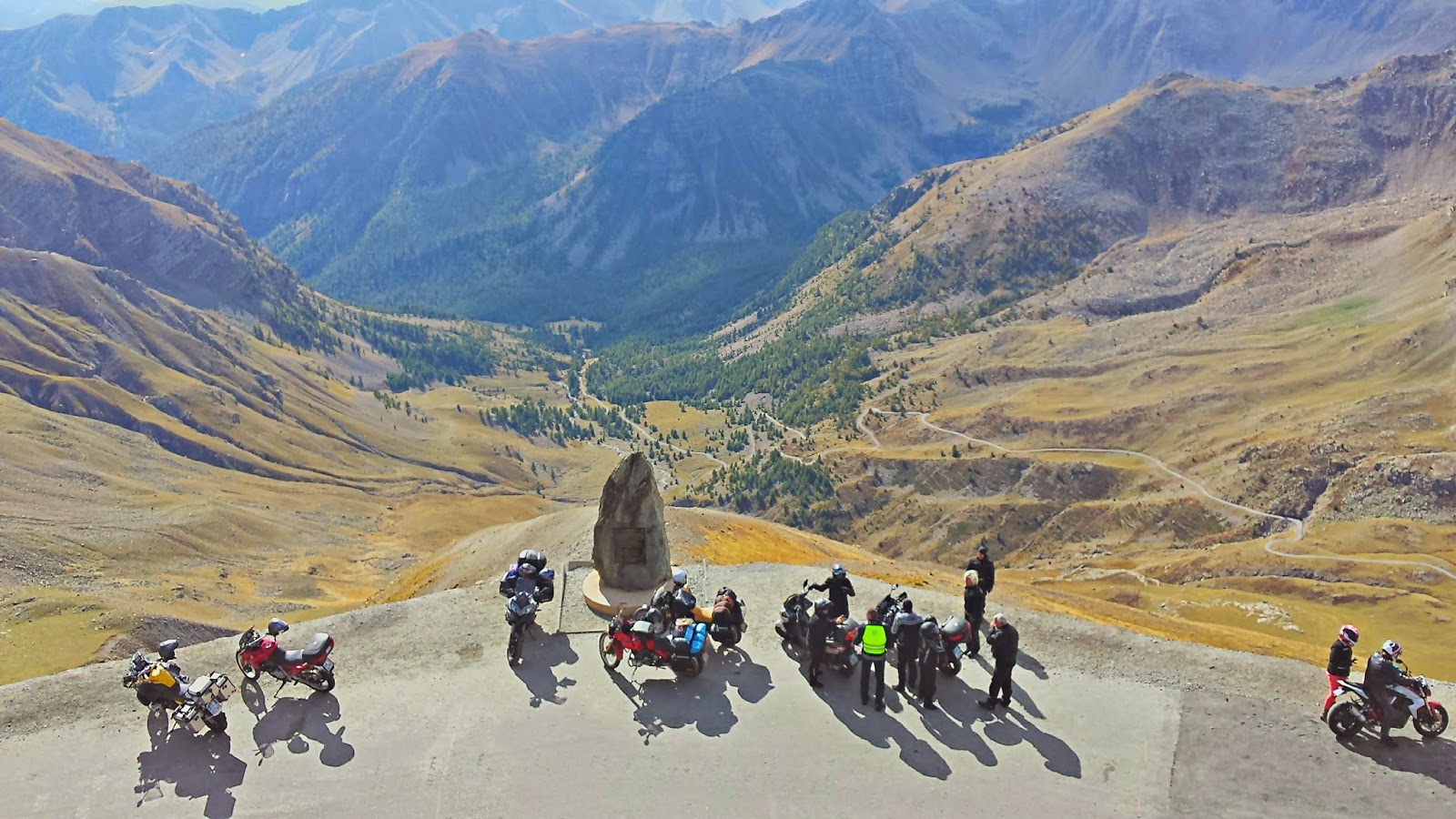 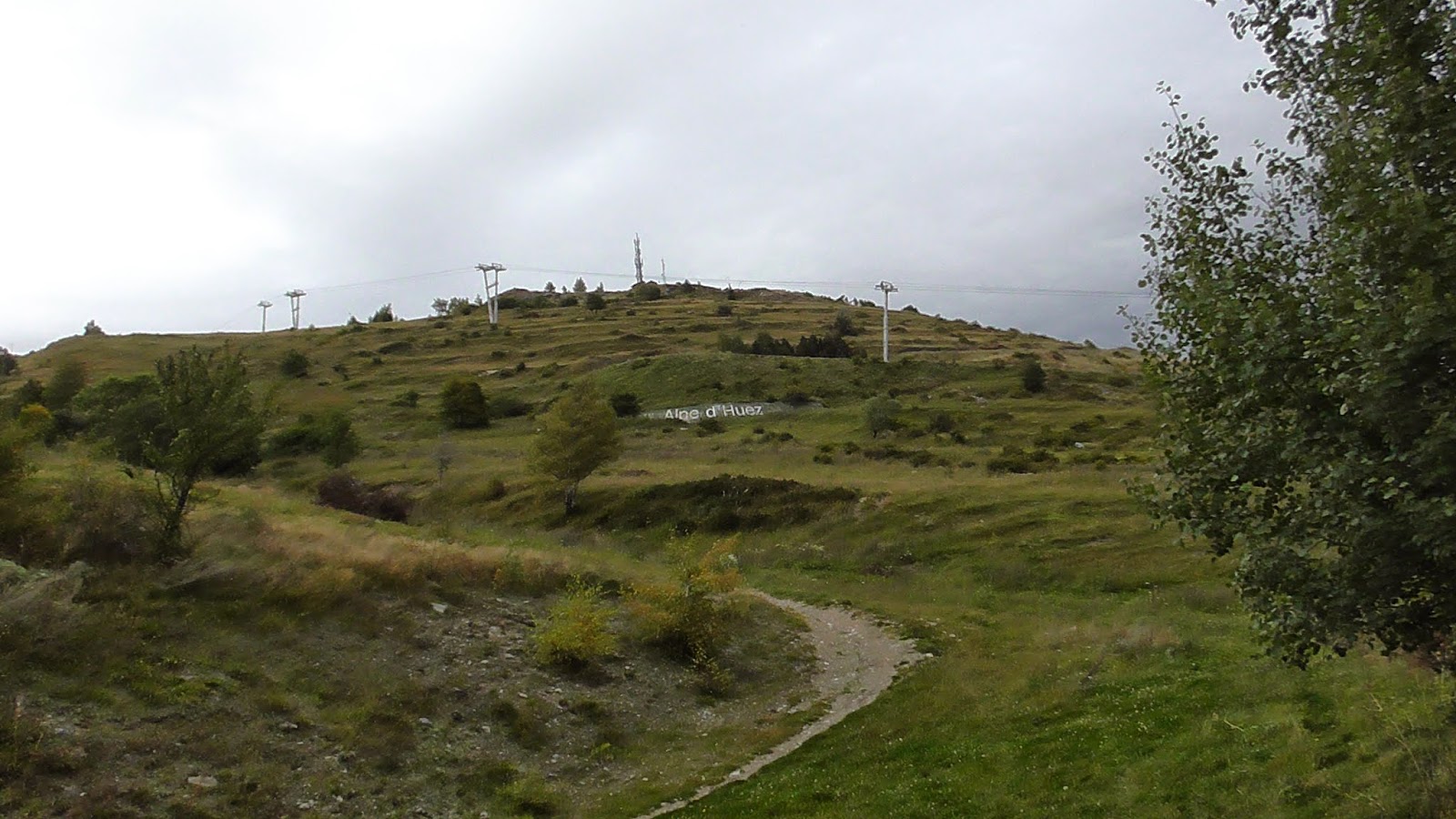 Thanks for keeping in touch. We appreciate all comments.

What is it all about?